We offer an efficient and economical PC repair, laptop repair and laptop screen replacement service. We can also source all spare parts at excellent prices. So please don’t write off a good computer because you think it’s too expensive to repair. Phone us for an exact computer repair quote.

Sometimes computers can seem faulty when there is no actual hardware fault at all. These are software problems; where an important system file is lost or corrupted, or even a virus attack. So although it looks very bad – it may be very easy to fix.

We have more than 20 years of experience in the computer repair industry, and very often we can identify your problem just from your description over the telephone. Once diagnosed we will give you an exact quotation which will clearly show all parts and labour. AND … MOST IMPORTANTLY … we will always try to repair your computer in a way that preserves your valuable files and documents. 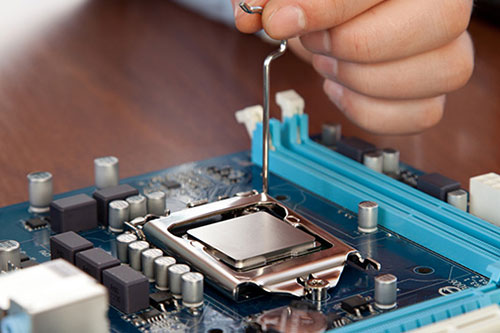 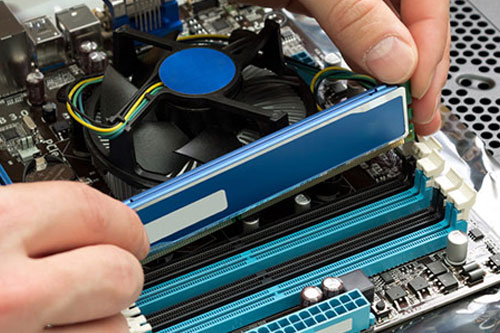 Memory, Hard Disks and Video Cards:-
It’s a fact that most people who buy a new computer buy one which does not have a much faster processor than their old one. What makes their new computer seem much better is that it will probably have much more memory, a larger and faster hard disk, and a faster video card. Apart from the processor itself these are the three components which make the biggest difference to performance.

Wireless Cards, DVD & Bluray Writers:-
Many people are perfectly happy with the speed and performance of their computers, but end up buying new ones because there is some function or feature that they don’t have: a ‘Firewire’ connection for a video camera, or a card to connect to a wireless internet connection, or a DVD or Blu-ray Writer. No need for a new computer, these are all simple upgrades.

Our prices are very competitive, and we believe that we offer the best value computer repair and upgrade service in central Scotland. Please phone us on 01324 881881 or contact us for a no obligation repair quotation. If you’re a Facebook user, you can visit our Facebook Page.